The list of the best action anime with vampire characters that are so good to watch.

Welcome to this brand-new list of the best vampire action anime series Japan has produced.

This is, therefore, the ideal compilation for you if you enjoy watching epic action sequences with vampire characters and themes of blood, gore, and horror!

Let’s get started on our list of the best anime series about action vampires that are worth watching. 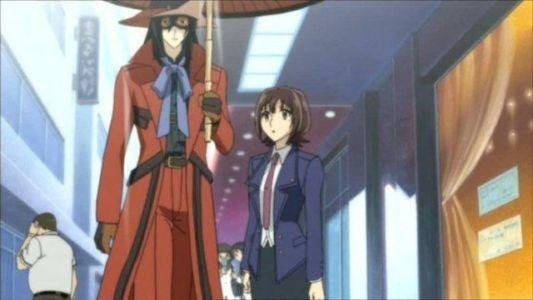 Black Blood Brothers, aka Mochizuki Jirou, aka the Silver Blade, the lone hero who fought and defeated the Kowloon Children despite losing his lover, returns to Japan with his young brother, Mochizuki Kotarou, to begin the list of the best action vampire anime series.

In addition, the two quickly learn that the Kowloon Children, who survived the Holy War, are attempting to enter the “Special Zone.” The term “Red Bloods” refers to humans, while “Black Bloods” refer to vampires. The Mochizuki Brothers are Old Blood, the last surviving members of an elite vampire clan. 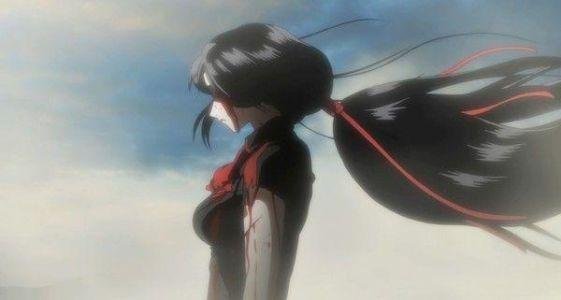 Saya put an end to every monster who dared to threaten her peaceful village with a sword for sacred tasks; however, she is put to the test all too soon when she overhears the monsters talk about a broken covenant, something she has no idea about.

Then, out of the blue, a strange dog appears and asks Saya who she promised to protect the village, curious about what would happen if she didn’t keep her word. Let’s follow Saya as she fights to uncover the truth in a village where everything is not as it seems. 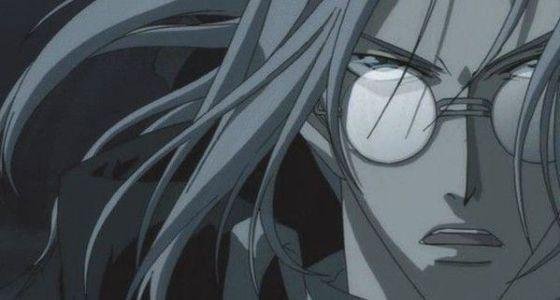 The ongoing conflict between the Vatican and the New Human Empire inspires many to wish for a peaceful coexistence between the two species; however, the Rosenkreuz Orden, a group of vampire extremists who manipulate the two sides and pit them against each other, stands in the way of this goal.

In order to combat them, the Vatican special operations group “AX,” led by Cardinal Caterina, must use everything they have—even a vampire that preys on the blood of other vampires. Trinity Blood will definitely please everyone

7. Dance in the Vampire Bund 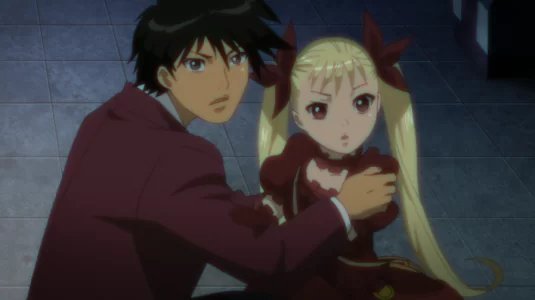 A good action anime, Dance in the Vampire Bund is about Mina Tepes, the princess and ruler of all vampires, who wants a change.

She has paid off Japan’s entire gross national debt with the enormous wealth of the Tepes family, giving her the authority to establish a “special district” off the coast of Japan that will one day serve as a haven for vampires from all over the world.

Terrorists and rival factions appear to be planning to kill Mina Tepes before she has a chance to make the historic announcement that vampires exist to the world on the eve of the press conference. 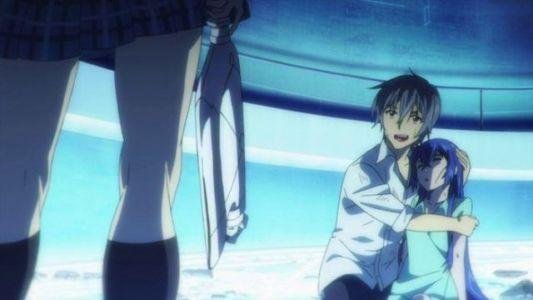 We now have Strike the Blood, a pretty good vampire anime with action, fantasy, and ecchi themes that you will enjoy.

The series tells the story of Kojou Akatsuki, a high school student in the Demon District of Itogami Island, whose days abruptly come to an end when a fateful encounter leaves him with the remarkable abilities of a vampire.

The Lion King Organization sends in an apprentice swordsman, Yukina Himeragi, to monitor Kojou and kill the boy deemed the world’s most powerful vampire if he becomes a threat.

Forced together by circumstance, the two form an unlikely alliance as Kojou comes to terms with his abilities and they both struggle to protect the city from various emerging chaotic forces. It is not long before he is thrust into the center of attention when it is discovered that he is the fourth primogenitor, an 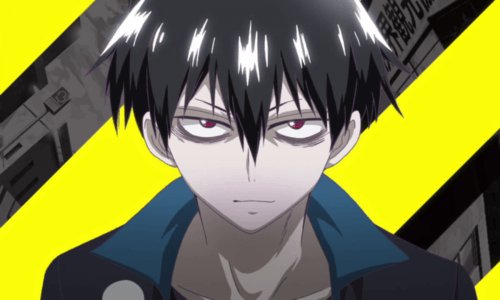 Another good action vampire anime is Blood Lad. It follows Staz, the vampire boss of a section of the demon world, who is more interested in Japanese culture than human blood.

He jumps at the chance when he learns that a Japanese teenager named Yanagi Fuyumi has accidentally entered the demon city.

However, while Staz is dealing with an intruder on his own turf, the oblivious Fuyumi is killed by a monster and becomes a ghost who wanders the city. Disappointed, Staz promises to find a way to bring Fuyumi back to life. 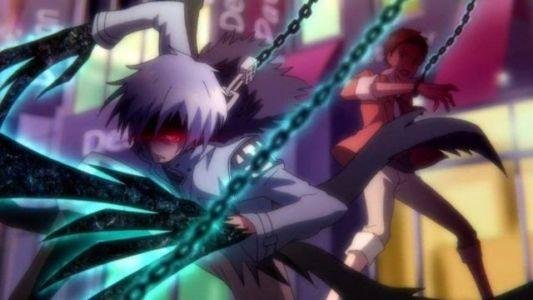 Mahiru Shirota, a 16-year-old boy who is 15 at the beginning of the story and enjoys simple things but despises difficult ones, is the central character of this enjoyable action anime with vampire characters.

Mahiru is drawn into the Servamp war between the seven deadly Servamps and their eighth sibling, Tsubaki, when he picks up a stray black cat he finds in the middle of the road and gives it the name Kuro, which literally means “black.” From that point on, a contract between the Servamp Sleepy Ash and Mahiru is formed. 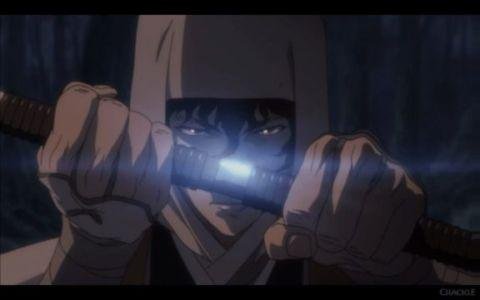 The original novel by Baku Yumemakura is about a 12th-century man named Minamoto no Yoshitsune (Kurou), who flees into the mountains after losing to his brother Minamoto no Yoritomo, the first Shogun to rule all of Japan.

Kurozuka is an anime adaptation of Takashi Noguchi’s manga, which itself is an adaptation of Baku Yumemakura’s supernatural romance novel.

History says that he killed himself, but Kurou meets a strange, beautiful woman named Kuromitsu in her mountain hermitage. Eventually, Kurou falls in love with Kuromitsu, but he finds out that she keeps a dark secret. He finds out that he can’t die and lives for a thousand years as Japan becomes a society of the future. 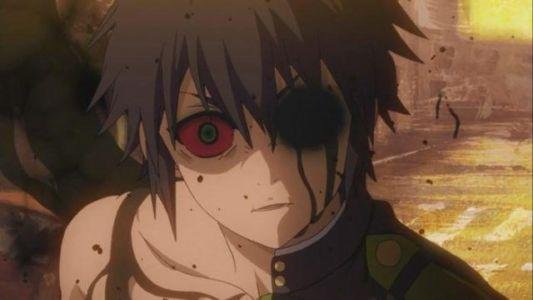 This is one of the most well-liked action vampire anime series, and you’re going to love it! It tells the story of a mysterious virus that infected everyone over the age of 13 and killed them all. At the same time, vampires emerged from the world’s shadows and made everyone slaves.

Hyakuya Yuuichirou is a young boy who, along with the other children from his orphanage, is treated as livestock by the vampires. Even though he is held captive, Yuuichirou has big dreams: he wants to kill all the vampires. 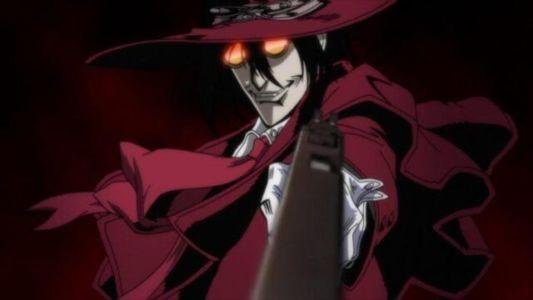 Hellsing, a good vampire action anime tv show that is one of the best series that Japan has created so far, will be the final item on our list. The anime follows creatures of darkness and evil that plague the night, devouring any human unfortunate enough to be caught in their grasp. Hellsing is an organization that is dedicated to destroying these supernatural forces that threaten humanity.

On the other hand, the vampire Alucard is working for Hellsing as an exterminator against his own kind. With Seras Victoria by his side, Alucard must fight monsters and anyone who stands in the way of Hellsing, whether they are good or evil.

Hellsing Ultimate thus demonstrates that appearances are not always what they appear to be, and that sometimes the greatest weapon can be a person’s worst nightmare.

These characters are known for being nice and sweet at first. Still, they will eventually change and become psychopathic, aggressive, dark, and obsessed with the one they love.