A Guide to Otaku Culture, Facts, and the Meaning of Being an Otaku

Introduction: What does it mean to be an otaku, and what kinds of otakus are there?

People who identify as Otaku frequently devote significant time to studying and compiling information about their favorite franchise, reading fan fiction, creating fan art, purchasing figures of their favorite characters, or attending conventions. Otaku is a Japanese term for someone with a strong interest in anime, manga, and video games. There are many different kinds of otakus.

In Japan, being an otaku means spending much time on one’s hobby or interests. In other countries, being an otaku might mean identifying with certain aspects of Japanese culture, like anime or manga, without necessarily having much knowledge about them. There is no single definition of what it means to be an otaku because the term can refer to different things depending on where you live.

What is the meaning of an Otaku Person?

Otaku is a Japanese term for a person who is obsessed with something; in English, it now refers to a fan of anime, manga, and video games. Otaku is the Japanese word for obsessive.

Otaku is a Japanese word that means “your house” (), and it refers to the idea that Otaku are people who live in their own world and are disconnected from society.

An Otaku can be knowledgeable about the culture surrounding anime and manga in addition to being an avid fan of these media.

The meaning of Otaku Culture: What is the Origin, History, and Types of Otakus?

The term otaku is a Japanese phrase that means “you” and can be translated to mean “your home,” It is used as a term of endearment in Japan. Even though otaku culture has been around for a long time, Akio Nakamori first coined the term in 1983.

The term “otaku” is used as a general term for all kinds of fans who are interested in specific hobbies or interests, such as anime, manga, video games, or other geeky stuff, and it became popular in the 1980s to refer to people who are obsessed with characters from anime and manga.

What are the Stereotypes and the Negative meaning of being an Otaku ?

What are some Facts and Things about Otaku Culture and Style that you Probably Don’t know? 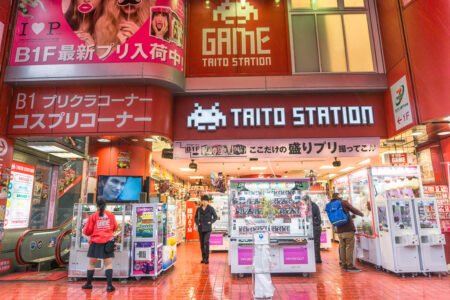 Otaku is defined in Tokyo’s Akibahara district, as a haven for otakus and gamers, where contemporary pop culture has become increasingly popular in recent years.

Akihabara is a place only found in Japan that provides Otaku with a wealth of new experiences. The district is home to many stores specializing in anime and manga. 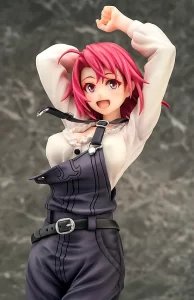 A figurine is a small statue usually used in creative and artistic projects to depict fictional characters.

Figurines made of plastic or cement are the most important collectible for Otakus. Collectors buy and sell these figurines, which they either keep in their rooms or show to others to show off their figurine’s details, cuteness, or features. That’s what it means to be an otaku. 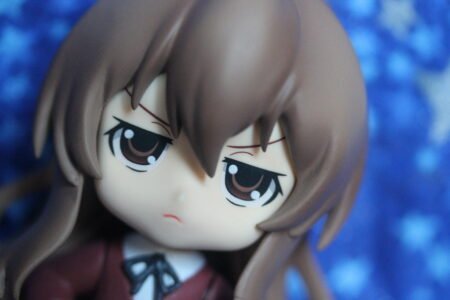 Nendoroids are chibi-style figures of popular characters from video games, anime, and manga. They are made by Good Smile Company and are a big hit with fans. This ongoing franchise still has a lot of fans. You might not know where their collection is going, but one thing is for sure: it is just too darn cute not to buy one. 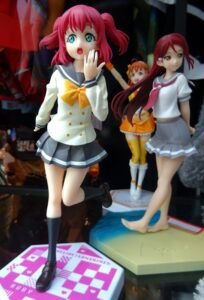 On the other hand, Figma is known as a figure with anime characteristics, whereas figures like Nendoroid are popular for featuring the overall otaku-related stuff.

You need a special kit to keep your collection in good condition, and starting a collection of Figma costs a lot of money and requires a lot of courage. 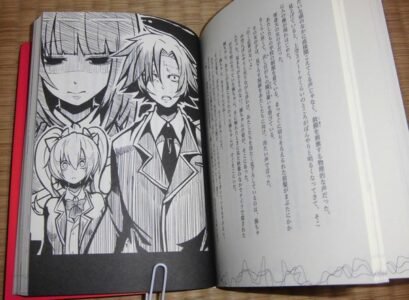 What is a light novel in Japanese?

Light novels are a popular subgenre of Japanese literature that are typically shorter than standard novels. These stories have adult themes and are intended for younger readers, typically those aged 12 to 17 years old. 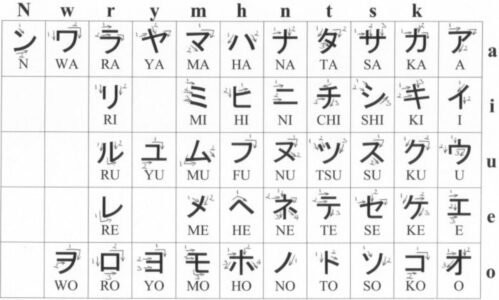 When discussing otaku-related topics, a foreigner needs to have the fundamentals down so they can have that otaku connection. Examples of common Japanese words include Nendoroids, Waifu, Baka!, Nani?, Tsundere, and Yandere. Although foreigners frequently wish to be regarded as otakus, they must first understand some of the more common Japanese words. 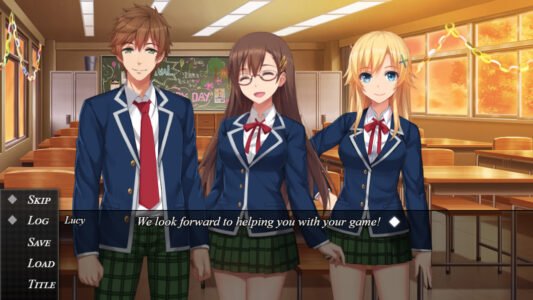 The term “eroges” refers to a type of Japanese visual novel that is animated in an anime style and typically contains explicit material.

However, numerous excellent anime series were also derived from these mediums, such as Clannad and the Fate Series.

One of the most well-known games in the world, it was developed in Japan by ZUN of Team Shanghai Alice and is referred to as “Danmaku,” which translates to “Bullet Hell.”

A lot of Otaku have at least one favorite Touhou character, and it also holds the Guinness World Record for being the most prolific shooting game. 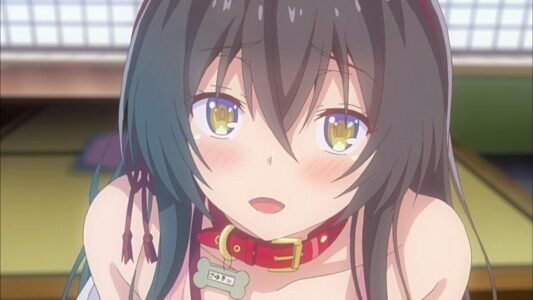 A reference to a well-known meme that got its start from the dialogue of the Azu manga Daioh manga “My Wifu” that uses the phrase “My Wife.”

In contrast to Touhou, Waifu is the Japanese term for any favorite female character from various anime or manga series. Waifu is the name of an anime spouse. 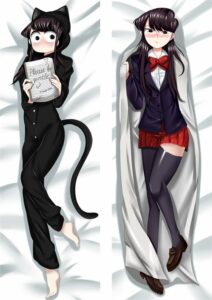 A dakimakura () is a large Japanese pillow with an opening in the back that can be used as a kind of huggy doll. Dakimakura are typically printed with characters from anime, manga, or video games.

The word “dakimakura” comes from “daki,” which means “to embrace,” and “makura,” which means “pillow.” The Dakimakura is known as a Body Pillow and is very expensive. The value of the pillow mostly depends on the fabric, and one of the best things about it is that Otakus can have their waifu printed in a hot position. 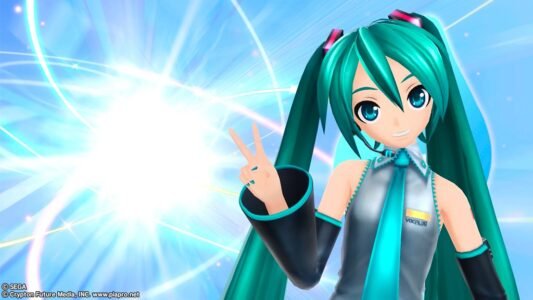 Since its release, the game Vocaloid, in which you use the voice of a female character called Hatsune Miku to create your own songs, has become a hit and continues to gain popularity.

Even though a number of VOCALOIDs, like Megurine Luka and Kagamine Rin, have been created and are available for download, many people believe that Miku is the most popular among otakus.

The composer RYO, who primarily uses Vocaloid for his music, is one example of the app’s popularity among music enthusiasts.

If you already enjoy sketching or drawing and want to become a manga artist, I recommend starting with Bamboo, a generic brand of pen tablets. This tool is most useful for creating manga and anime art. 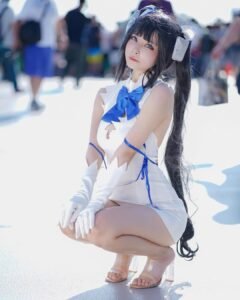 Otaku cosplayers are frequently regarded as avid fans of the anime and video games they cosplay as. Cosplay is the act of dressing up as a character from a television show, movie, or video game. It is an art form that has existed for decades.

Cosplay is a highlight of the concept of role-playing; however, some people do it professionally and may earn a living doing it. It takes courage to become one. 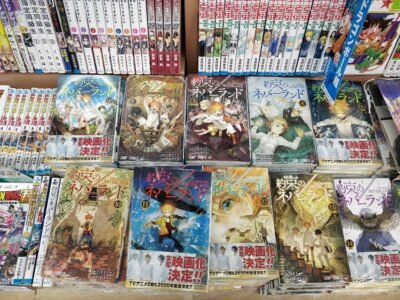 Manga, which means “comics” or “cartoons” in Japanese, is a common type of Japanese comic book that is typically printed in black-and-white.

Manga comics are typically black-and-white, with hand-drawn images or computer-based graphics, and are the source of anime and video game adaptations. Manga series are typically published in comic magazines, and the stories can be about anything. 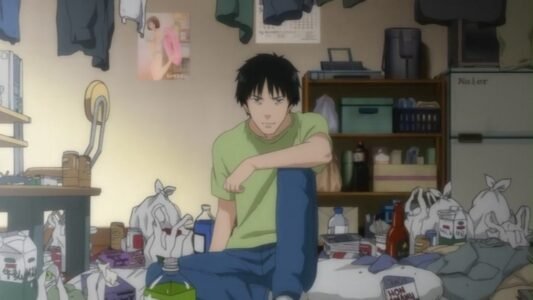 Anime is a medium in which animated characters are shown on screen. Anime can be seen as the most influential part of Japanese culture; it has had an impact on art, fashion, and even language. Anime has also become popular worldwide with the help of streaming services like Crunchyroll and Netflix. If you don’t love anime, how dare you call yourself an Otaku?

It is a big no-no in anime to refer to it as a “cartoon,” which is like saying something is not what it seems to be; if you do so, you run the risk of being killed.

In conclusion, if you enjoy a particular manga, make sure to put in a lot of effort so that it will soon become popular, and sooner or later, it will also be animated. Anime, on the other hand, is a later stage of manga. Before becoming an anime, the manga needs to go through a lot of processes that even popularity alone cannot suffice.

There are a lot of different perspectives on otakus in Japan. Some people believe that the term otaku means someone who is passionate about something, while others believe that otakus are too involved in their hobbies and don’t contribute enough to society.