After the success of Shokugeki no Soma (Food Wars!) and its competition with the most popular anime series of all time, the cooking anime series has recently become one of the most famous Japanese television shows.

As a result, Food Wars is not the only anime focused on food and cooking; numerous TV shows are well worth your time, which is why we have compiled a list of the best cooking anime ever! 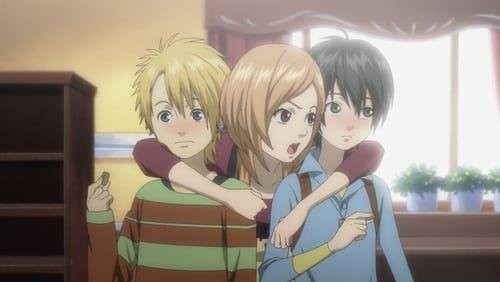 Chocolat Underground is the first show on our list of the best anime about cooking. In this show, the Good For You Party has made sweets and chocolates illegal, so the new laws are strictly enforced—with force if necessary—and the two teenagers Smudger and Huntley decide to eat chocolate again. They look for rumored chocolate bootleggers and eventually start their own chocolate underground distribution. 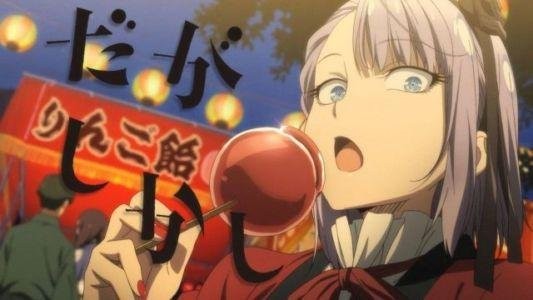 Next on our list of the best cooking anime shows is Dgashi Kashi, which takes place at The DAGASHI Sweet Shop. This family business has been run by the Shikada family for nine generations and sells traditional Japanese candy. Despite his father’s will, Kokonotsu Shikada, an aspirant manga artist, refuses to inherit the business.

However, this may start to change when the eccentric Hotaru Shidare shows up. Hotaru is looking for Kokonotsu’s father to bring him back to work for her family’s business. Although the senior Shikada initially refuses, he says he will change his mind if Hotaru can convince Kokonotsu to inherit the family shop. This is the beginning of Hotaru’s mission to show the boy the true joy of delicious and nostalgic Dagashi 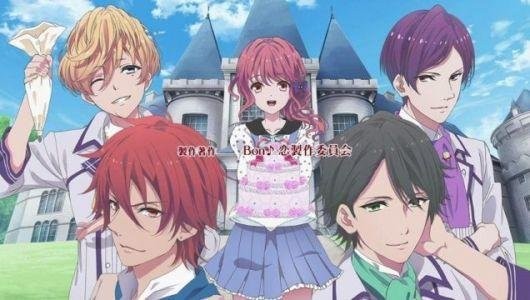 Next, this is not an anime about cooking but about pastry. The story follows Sayuri Haruno, who enrolls in Fleurir Confectionary Academy because she wants to be a pastry chef.

Ryou Kouzuki’s dream of becoming a pastry chef is the strongest of all the students at Fleurir Academy, where she is surrounded by attractive boys, each of whom is unique. However, Gilbert Hanafusa, a France student, is the group’s mood-maker. Mitsuki Aoi, the instructor, is blessed with unparalleled technique.

Although Yoshinosuke Suzumi is not very good at expressing his emotions, he has a deep and abiding love for wagashi (Japanese sweets). As Sayuri works tirelessly to realize her dream, she encounters a number of events… 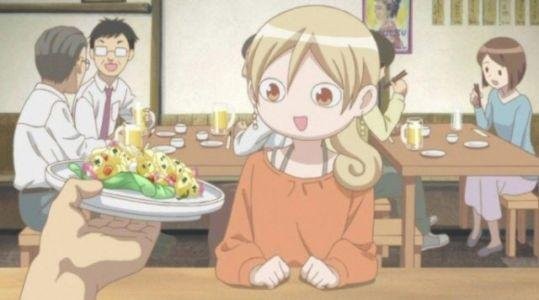 Murasaki Wakako is a 26-year-old girl who likes to go out on her own to enjoy food and drink, especially when upset at work. This is a perfect cooking anime about Wakako going on many outings on her own, where she falls in love with different food and drink combinations! 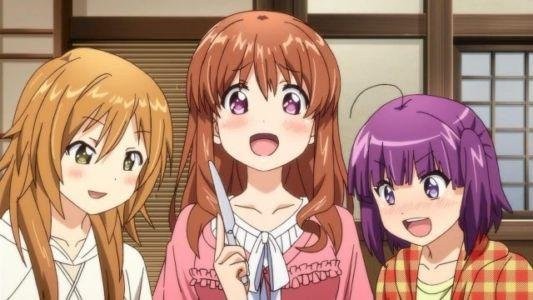 Ryou Machiko’s late grandmother had led her to believe that in order to be a good wife, you must be an accomplished cook—at least. Ryou’s cooking skills are unparalleled; additionally, Ryou’s food looks and smells inviting, but the taste has not been delicious. This is another excellent cooking anime that highlights the subject.

As a result, just as Ryou begins to consider the possibility that she will continue to live on her own for the rest of her life, her aunt informs her that her second cousin—who will live with her every weekend—will move in with her. Although it is not Ryou’s skill in the kitchen that seems to shine through the flavors, the experience of sharing it with those closest to her seems to do so. 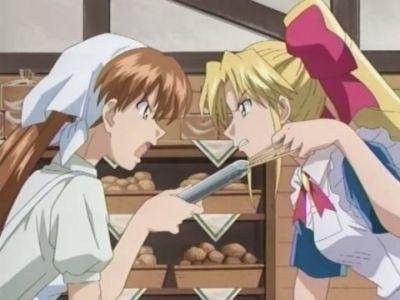 “Ramen Fighter Miki,” a series that follows the story of Miki Onimaru, a poster girl who works at her mother’s Chinese Ramen restaurant, is one of the best anime about cooking, restaurants, and food. Although Miki appears to be a good anime girl, she can become very violent when she is angry. As a result, Miki picks fights with her mother and acquaintances, causing a series of problems in their otherwise normal lives. 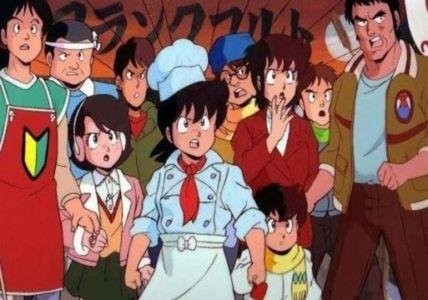 Ajiyoshi Yoichi, a culinary prodigy who runs the eating house with his mother, is the protagonist of this classic cooking anime. Surprisingly, Murata Genjiro visits the eating house one day and is delighted by the unique flavor and culinary skills of the katsu-don made by Youichi.

After that, Youichi moves to the Aji-oh Building, where he will compete against the Italian chef Marui in a spaghetti match. Youichi defeats Marui in the competition thanks to his innovative culinary ideas and enthusiasm for doing his best for his guests. Youichi starts competing with other prodigies for great tastes and dishes. 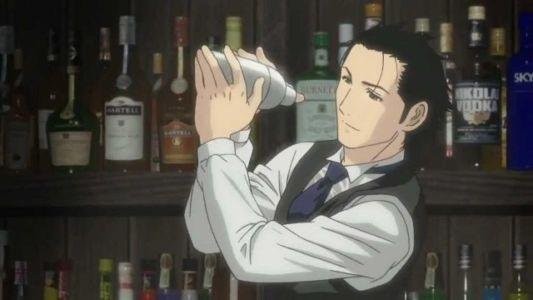 Bartender is another cool Japanese anime and manga series that you will absolutely fall in love with, even though it cannot be classified as an anime about cooking or food!

The show focuses on a single bar run by Ryuu Sasakura, a brilliant bartender who is known for making the best cocktails anyone has ever tasted. However, nobody can find Eden Hall; Eden Hall has to find you. As a result, customers from a variety of backgrounds, each afflicted with their own problems, enter this bar. However, Ryuu usually makes the best cocktail to console each person and shows them the way out. 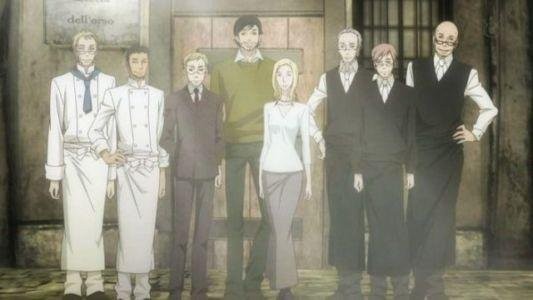 Nicoletta travels to Rome 15 years later with the intention of taking revenge and ruining her mother’s life. She finds her mother in a restaurant called “Casetta dell’Orso,” but everything changes when Nicoletta steps through its door. Ristorante Paradiso is a cool anime about cooking that features Italian restaurant themes. The story begins when Nicoletta was a little girl and her mother left her alone and ran off to Rome to remarry.

Nicoletta’s plan for retribution begins to fade before she realizes it, and she becomes involved in the sweet romance of everyday life in Italy. This is due to the fact that this place is full of mature gentlemen wearing spectacles, and she is helpless against their wise smiles and warm voices, just like their customers.

9. Isekai Shokudou (Restaurant to Another World) 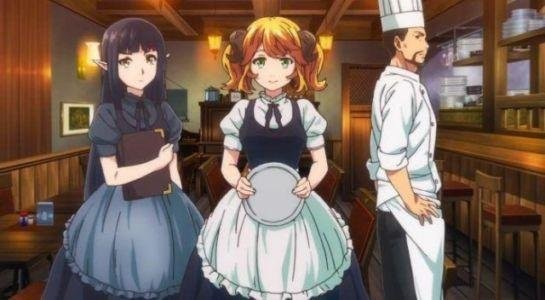 This is a great isekai cooking anime for you to watch. The story takes place at The Western Restaurant Nekoya, known for making traditional Japanese and Western dishes. However, other types of guests frequent this restaurant as well…

Although this restaurant appears to be closed on Saturdays, it is open to people from other worlds, including Mages, Elves, Dragons, and Fairies. Despite this, the “Master” always does his best to serve them their favorite dishes with a friendly smile to keep them coming back for more.

8. Amaama to Inazuma (Sweetness and Lightning) 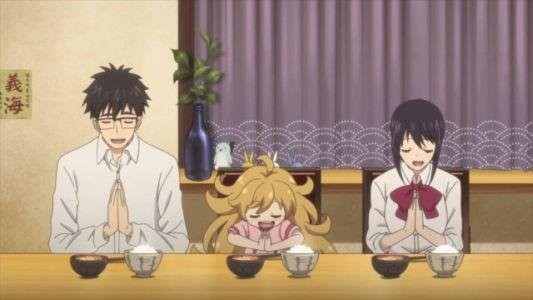 Due to the death of Kouhei Inuzuka’s wife, he tries to care for his young daughter Tsumugi as best he can. However, due to his busy teaching job and his lack of cooking skills, he must rely on ready-made meals from convenience stores to feed Tsumugi.

Kouhei accepts an invitation from his student, Kotori Iida, to dine at her family’s restaurant. However, on their first visit, they discover that the restaurant is frequently closed because Kotori’s mother is away at work, and Kotori frequently eats by herself. As a result, Kouhei decides to continue going to the restaurant with Tsumugi to cook and share Kotori’s delicious homemade food.

Amaama to Inazuma is a heartwarming food anime that explores the meanings and values of cooking, family, and the warm meals at home that are frequently taken for granted. It follows the story of a caring father trying his hardest to make his adorable little daughter happy. 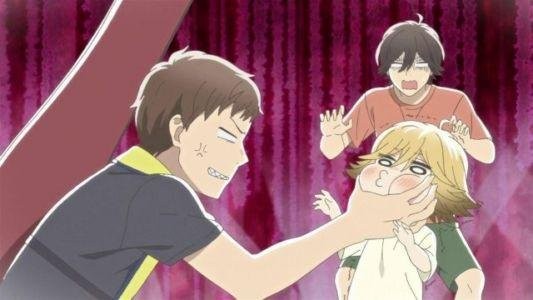 This is a good cooking anime about a young Souta Tawara whose parents have passed away. Because of this, he returns to his hometown of Kagawa to visit his family’s former home and restaurant, bringing back memories of their time.

When Souta enters the udon restaurant, he comes across a filthy young boy who is sleeping. Souta immediately provides the boy with food and clothing, but to his surprise, the boy suddenly grows furry ears and a tail! Souta then realizes that the boy is the shapeshifting tanuki that has been living in Kagawa for many years. Souta decides to adopt the boy and gives him the name Poko. 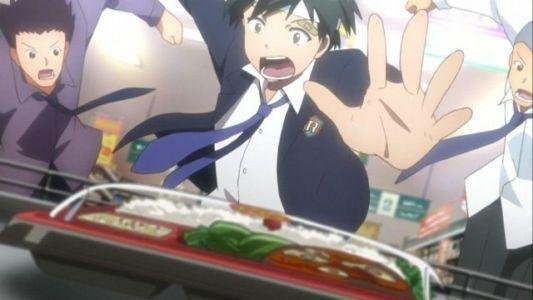 Bento tells the story of Sato Yo, a typical high school student who enjoys playing games on his SEGA console. One day, when he decided to buy bento for dinner at the local grocery store, he suddenly lost consciousness. Bento is an anime about food fights.

In the world of Ben-To, discounted Bentos are sacred and highly sought after, and you must fight your way to the top in order to obtain one. When he finally wakes up, he has no memory of what happened and no idea what is about to happen to him.

Our main character, Azuma Kazuma, isn’t very clever, but he has a good heart and a great skill – at baking. Since childhood, he has been on a quest to create the perfect bread to represent Japan internationally. Now, he seeks to enter the famous bakery Pantasia, in hopes of reaching his goal. Yakitate Japan is one of the most enjoyable cooking anime series you will ever see. The show is all about how to become the best chef in making bread. 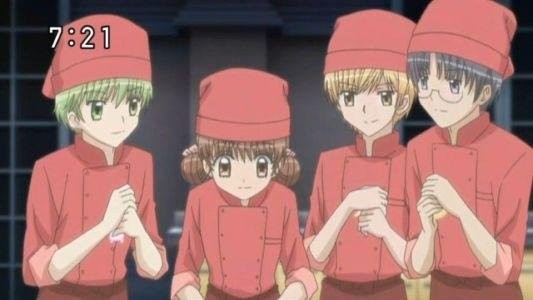 Yumeiro Patissiere is one of the best cooking anime that focuses on learning how to be a good pastry chef. The story of Sayuri Haruno, a girl who gets a scholarship to go to an elite confectionery school in Fleurir to follow her dream of opening a pastry shop, follows her as she meets a number of charming young men there… The story moves on from there! 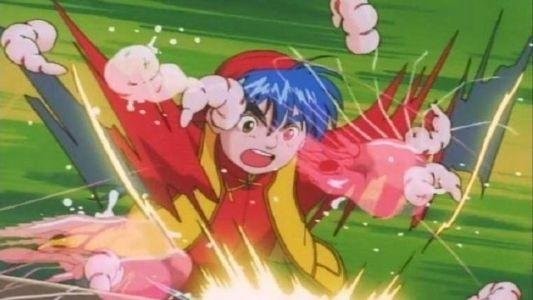 Another good anime about food is Cooking Master Boy, which shows Mao becoming a Super Chef in order to become Master Chef of his mother’s restaurant after Pai, who was known as the “Fairy of Cuisine,” dies.

In addition, before he succeeds her as Master Chef, he continues to travel to China to learn more about the many cooking methods there in the hope of becoming a legendary chef like her. Along the way, he meets great friends and fierce rivals who want to challenge him in the kitchen. 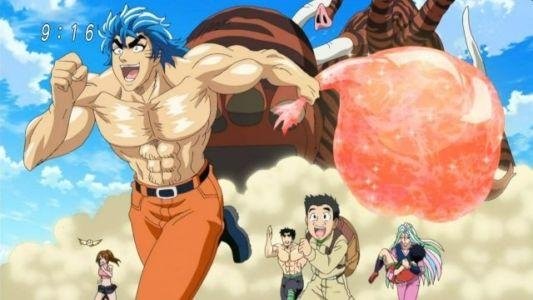 Toriko is a long-running series that is one of the most well-liked cooking anime about food. It follows Toriko, a Gourmet Hunter who is looking for the most valuable foods in the world so he can make his full meal. He uses his incredible strength and knowledge of the animal kingdom to catch ferocious, elusive, and rare beasts to expand his menu.

The timid and weak chef Komatsu, who is inspired by Toriko’s ambition, travels with him to learn how t