The 26 Anime Girls with Pink Hair

This is a recommended list of the best anime girls with pink hair. Anime is a Japanese style of animation that often uses bright colors and fluid movements. Anime characters typically have “unique” hair colors like black, green, blue, or pink.

The 20 best anime girls with pink hair are among the most beautiful female characters of all time. 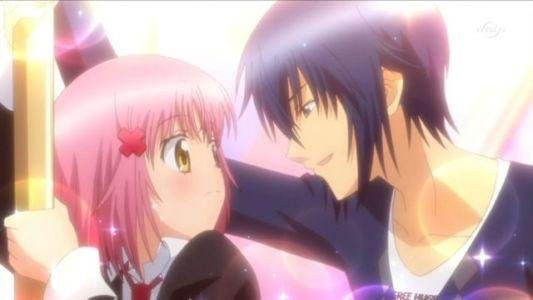 Amu Hinamori is one of the cutest anime girls with pink hair who appears in the anime series “Shugo Chara!” She is a pretty anime girl who appears shy and distant but thinks she is a “cool and spicy” girl. Her classmates find this hilarious because they do not understand how someone who behaves like her can be seductive. Let’s start the list with her. 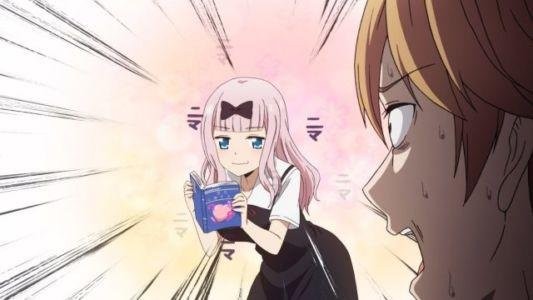 Chika Fujiwara is one of the best female characters in the anime and manga series Kaguya Sama Love is War. She is the secretary of the Shuchiin Academy student council and has been friends with Shinomiya since middle school. Chika Fujiwara is a cute anime girl with pink hair who is sweet but also has a tendency to gossip and often throws a wrench in their plans because she is unpredictable.

24. Saya Takagi from Highschool of the Dead 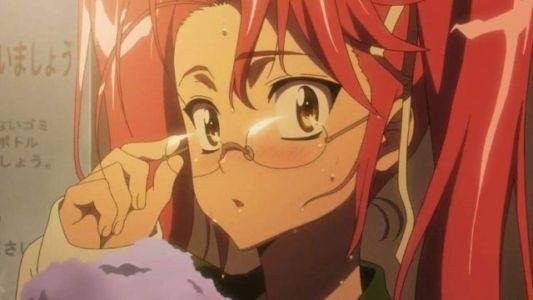 Saya Takagi is one of the main female characters in the Highschool of the Dead series. She is a gorgeous, pink-haired anime girl who is brilliant, stubborn, and very arrogant. In the anime, she is a trustworthy member of her team who avoids conflict and fights and prefers to think about strategies.

23. Momo Belia Deviluke from To LOVE-Ru 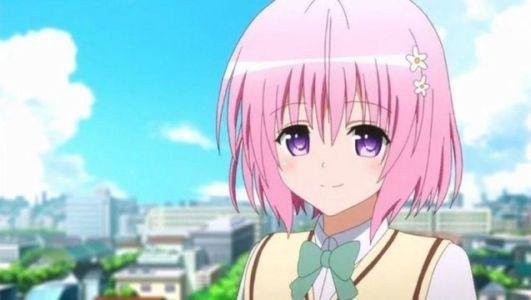 Momo is a beautiful female character from the anime and manga series To Love Ru. She is portrayed as the “Third Princess of Deviluke” and has amazing purple eyes, a pretty face, and short pink hair. Her personality can be described as sweet, cute, and kindhearted, but in reality, she is a pervert. She is one of the best, cutest, and sweetest anime girls with pink hair. 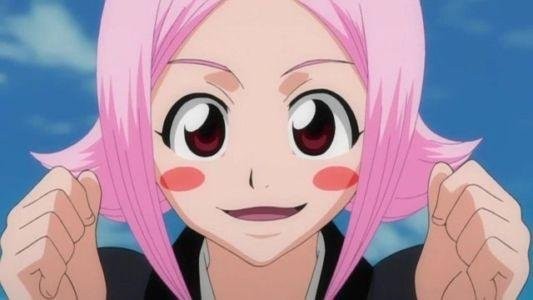 I really like her top-notch character design and the blush on her cheeks, even though the personality of Yachiru is notable for her childish temper, usually energetic, cheerful, and carefree. Although she appears to be a child, this cute pink-haired anime girl is the lieutenant of the 11th Division in the Gotei 13. She can frequently be seen fixed on the back or.accompanying her badass Captain Kenpachi Zaraki. Despite the fact that the personality of Yachir

21. Jibril from No Game No Life 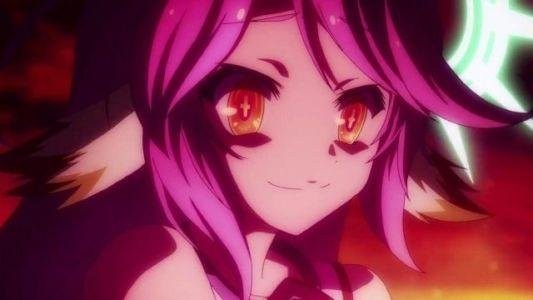 Jibril, a character from the popular show No Game No Life, is one of the most beautiful anime girls ever. She has pretty pink eyes and long pink hair that reaches her knees.

She is the youngest Flugel in the anime, and her personality reveals that she is a soft-spoken, polite girl. However, when she is offended, she can also be extremely condescending toward people of other races.

20. Reiju Vinsmoke from One Piece 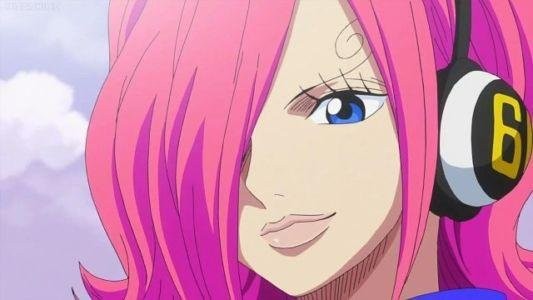 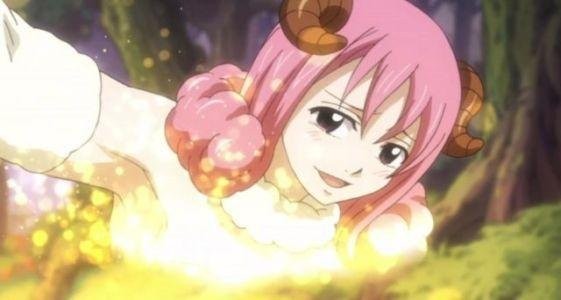 I really like Aries, she is a beautiful girl spirit from the magic anime series Fairy Tail.

she looks like a young woman, She has some really amazing pink hair, pretty brown eyes, and horns on her head. she is quite shy and gentle, She always apologizes even if it’s not really her fault, She is also so sweet, obedient, and willing to fight for her master Lucy Heartfelia. 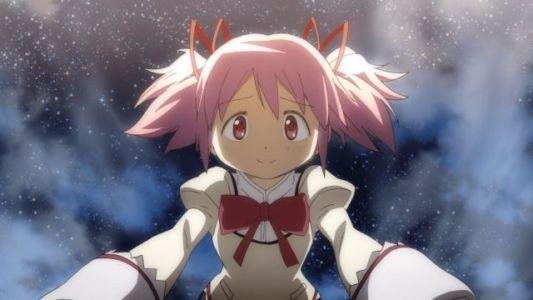 Madoka Kaname, the main character of the magic anime series Mahou Shoujo MadokaMagica, is the next best anime girl with pink hair. She is a young, adorable anime girl who is kind, caring, and always does her best to help those in need. She has a strong sense of justice and always wants to do the right thing. 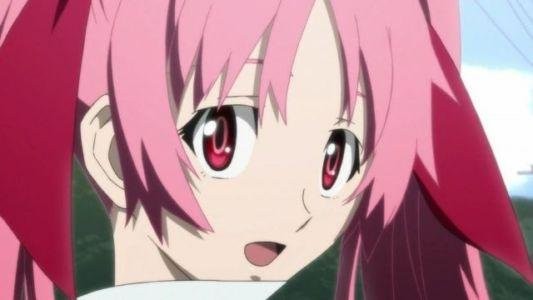 Megumi Shimizu, a young Sotoba girl with pink hair who wants to move to a big city, is the first person to be tragically killed by the vampire Chizuru Kirishiki in the horror anime and manga series “Shiki.” However, she will be confirmed as a Shiki several days after her death and begins her new life as a vampire. 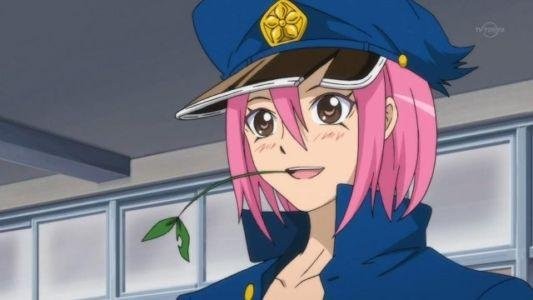 Ranmaru Rindou, a young anime girl who is the heir to her father’s dojo and has a tomboy personality, is Ranmaru Rindou. She has pretty pink hair, wide eyes, rough delinquent-style clothes, a blue soldier cap, wooden sandals, and a twig to top it all off. Her style of clothing is called a Banchou, which is what delinquents usually wear.

She is portrayed as a tough, badass girl in the show because her father raised her like a boy so he could run his karate club. However, she still has a girly side when she is with her love interest Keita. 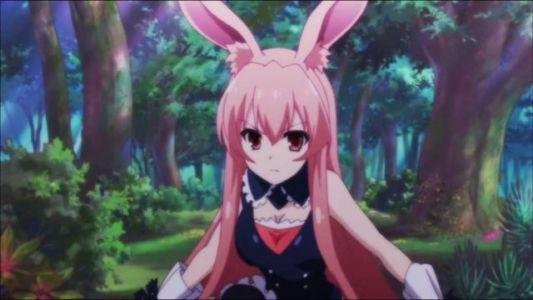 Kourousagi is a female character in the anime series “Mondaiji Tachi ga Isekai Kara Kuru So Desu Yo?” She is a Moon Rabbit and the one who summons Izayoi, Asuka, and Y to the isekai word of Little Garden. Although Black Rabbit tries her best to help the summoned characters on their adventures, she frequently succumbs to the antics of the summoned characters instead.

Yui, a female character from the Angel Beats series, is one of the most attractive pink-haired anime girls I’ve ever seen. She’s smart, happy, and has a fiery personality. I hope everyone will love her as much as I do!

Yui is a primary member of Iwasawa and Hisako’s music band and finds joy in playing her guitar. Her upbeat personality makes the band happy, and she wants to be a professional musician. 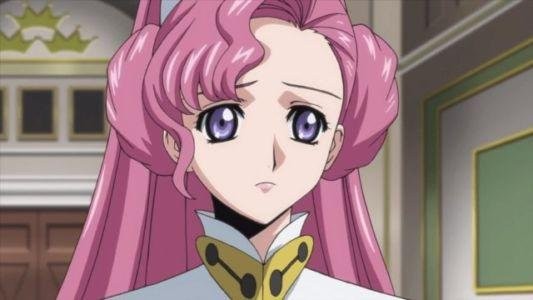 Euphemia, Lelouch’s half-sister, is portrayed as The Third Princess of the Britannian Imperial Family in the Code Geass anime series. Despite being a royalist, Euphemia is kind, open-minded, and treats everyone with respect. She is one of the most attractive anime girls I have seen so far.

12. Louise Francoise from Zero no Tsukaima 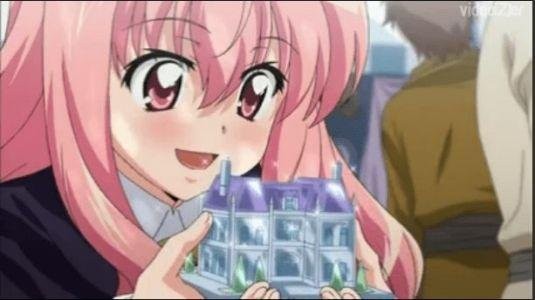 In the amazing action-romance anime series Zero no Tsukaima, Louise and Saito are the main characters. Louise has the look of a petite anime girl with long, pink hair and pink eyes.

In addition, I like her contrasted personality and how she tries to act like a proper noble, collected, proud, and powerful despite being extremely shy, impulsive, and irritable in reality. 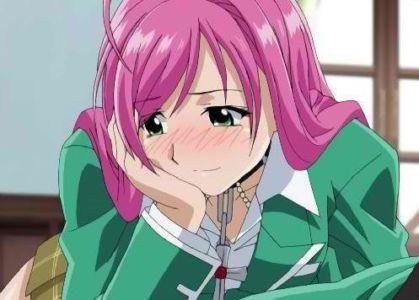 Moka Akashiya is the female protagonist of Rosario + Vampire. Don’t be fooled by her appearance; this pretty anime girl with pink hair is a vampire.

So, welcome to the school of monsters, where Moka, a pretty girl, is the primary love interest of Tsukune Aono, the only human student there. 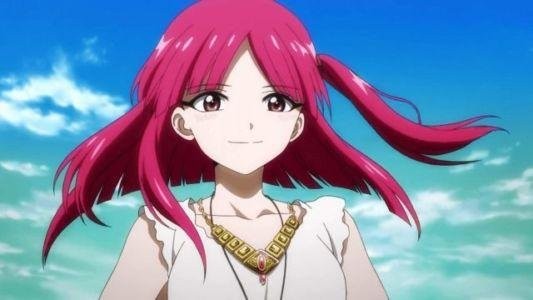 Morgiana, a former slave who is pure blood of the Fanalis tribe, will travel with Aladdin and Alibaba Saluja in the anime and manga series “Magi.” The pink-haired Morgiana is pretty, cute, charming, and quiet, but her personality in the anime is portrayed as a rarely talkative person who is fond of strange things. She is an overpowered girl, but sometimes she also seems vulnerable. 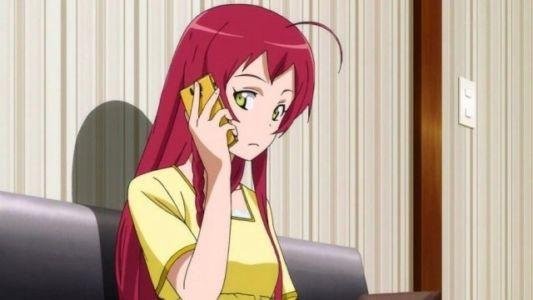 Emilia is a girl with pink hair in the anime series Hatarakou Maou Sama. She is half human, half angel, and she is the one who defeats the demon lord Sadao and forces him to move to Tokyo, the modern world.

The Demon Lord and Emilia both lose most of their powers when they arrive, so they now try to fit in and live as humans in modern Japan. She even follows him to the real world to ensure that he is completely destroyed.

8. Mine from Akagami ka Kill 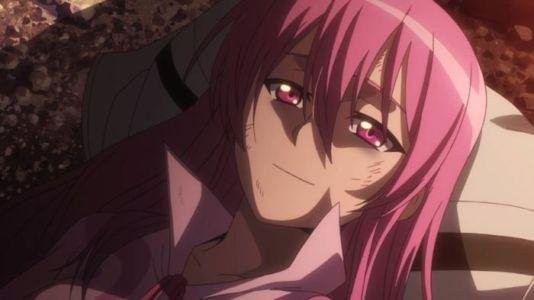 One of the characters in Akame Ga Kill! is Mine, who is a brilliant sniper and a member of the Night Raid assassin group with razor-sharp tongues and incredible intelligence.

Mine’s personality seems cold, short-tempered, and fierce, but as the anime progresses, she will show us her soft and heartwarming side as soon as she gets involved in a romantic relationship with Mc Tatsumi, who feels the same way about her. Mine is one of those anime girls who gets angry quickly and easily with people she doesn’t know well. 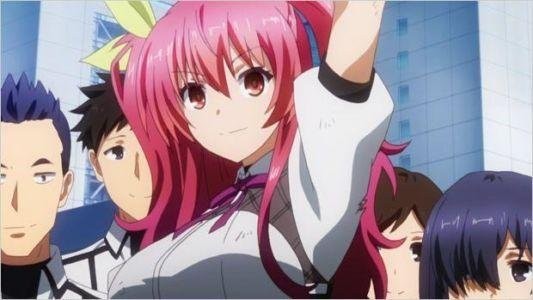 Stella Vermillion, the main character of Rakudai Kishi no Cavalry, is one of the most beautiful anime girls. She has pink hair, a pretty face, wide crimson eyes, and a well-endowed body.

She is portrayed as both a Princess and an A-Rank Blazer in the show, and she has a magic power that is considered a prodigy and only appears once every ten years. However, she is unable to control her power, so she must work harder than others to learn how to control it.

6. Shirahoshi from One Piece 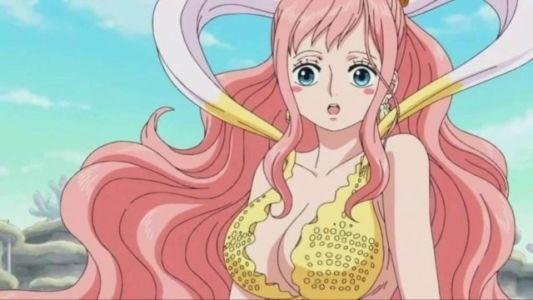 Shirahoshi, a giant pink-haired anime mermaid who looks so innocent, sweet, shy, and has a tender and fragile personality, is one of the most beautiful girls I have seen in the One Piece anime and manga series.

One of the funniest things I can still remember from the series is when Sanji saw Shirahoshi for the first time and nearly died because of how beautiful she was. 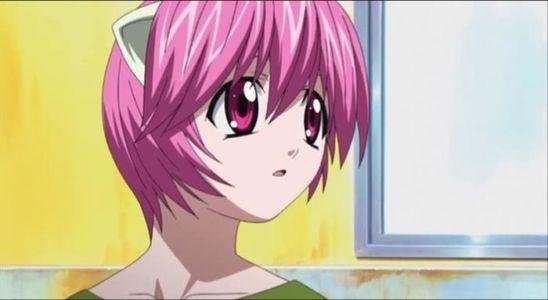 In the Elfen Lied anime and manga series, Lucy is regarded as an anti-heroine or anti-heroine main character. She is, without a doubt, one of the prettiest pink-haired anime girls of all time. However, keep in mind that Lucy is a Diclonius queen, an evolutionary offshoot of the human race.

This anime girl was both tormented and a tormentor to other people because she was driven to a mental breakdown at a young age by her harsh experiences. As a result, Lucy developed numerous split personalities throughout her life.

4. Ram from Re: Zero Starting Life in Another World 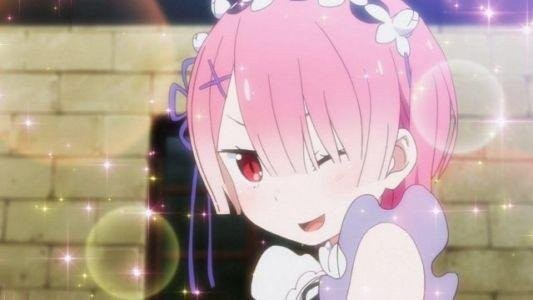 Despite the fact that everyone adores her sister Rem, Ram is still an adorable anime girl with pink hair who cannot be ignored. Ram’s honesty, self-assurance, and pride are also making her more attractive.

Ram is Rem’s twin sister in the series. They are both maids for the margrave Roswaal L Mathers. In the beginning, Ram played a more neutral role, neither supporting Subaru in his problems nor directly opposing him. Because you won’t be disappointed, I highly recommend watching the Re: Zero anime series. 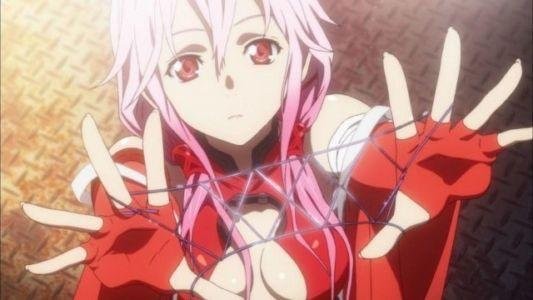 The female protagonist of the Guilty Crown anime and manga series is Inori Yuzuriha, who is a member of the rebel group “Funeral Parlor.” She is not tough human, appears emotionless and cold, and only cares about following Gai’s orders. However, when Inori meets Shu, she will become more emotional, smile more, and even become shy when she gets too close to Shu. 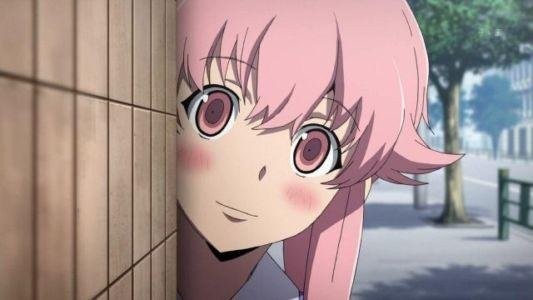 Yuno Gasai is the main female character in the Future Diary anime and manga series. She has light pink hair and eyes and is pretty anime girl. But Yuno might become tough, crazy, and psycho for her unrequited love. If you want a good anime with strong girls and a yandere, then The Future Diary is a good one to watch!

1. Zero Two from Darling in the Franxx 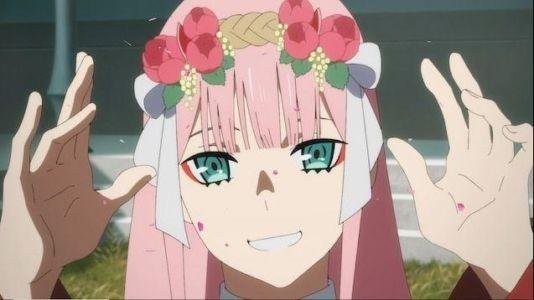 Her name is Zero Two, and she is a mysterious cute anime girl with red horns, an athletic figure, tall, long, pretty pink hair, cyan eyes, and pinkish-red eyeliner. Darling in the FRANXX is a masterpiece anime with one of the best, cutest, and sweetest anime girls of all time.