What are The 10 Best Anime where the Main Character is tortured and has a painful experience or a dark past?

Today, we are going to talk about a recommended list of the ten best anime series in which the main character goes through some of the worst, darkest, and most painful experiences by being tortured. These severe tortures inflict such pain in various ways and probably will change their lives completely. Some of these tortured anime characters became broken, twisted, insane, or really abnormal!

So, let’s count down our top ten anime in which the main character goes through horrible things. 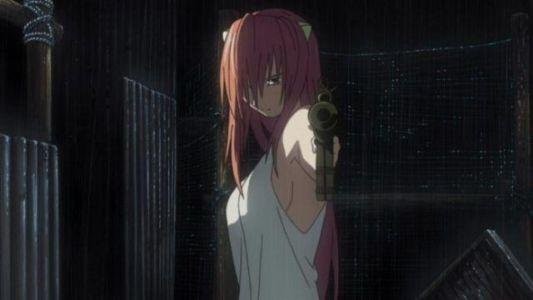 Our list of the best anime in which the main character is tortured begins with Elfen Lied, a horror anime series that demonstrates that the Diclonius are a dangerous species with horrifying powers, which is why the government has captured them and kept them in laboratories.

Even though she is shot in the head, Lucy, the main character, falls off a cliff into the ocean and manages to drift along to a beach. She is a young, psychotic Diclonius who manages to break free of her confines and brutally kills most of the guards.

As a result, she lost her memories and was given the name “Nyuu,” which is the only word she can now say. Hopefully, the two people who find her will let her stay at Kouta’s house, but it looks like her psychotic side is still alive and well… 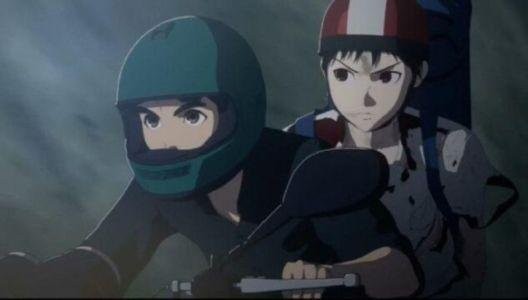 Ajin is a good anime about a group of mysterious immortal humans called “Ajin” who first showed up 17 years ago in Africa. At first, they seemed like a threat to humanity because they could use their powers for evil. Since then, whenever Ajin shows up in society, they immediately arrest and take them into custody.

Kei Nagai is a high school student who has very little knowledge of Ajin and only occasionally sees them mentioned in the news. The other students only know that Ajin are not humans, but Kei doesn’t pay much attention in class. As a result, Kei’s perilously poor understanding of the subject proves to be completely irrelevant when he survives an accident, which signals his rebirth as an Ajin and the beginning of his days of suffering.

However, he finds himself on his own and on the run from the entire world. Kei quickly comes to the realization that more members of his species may be much closer than he initially believes. 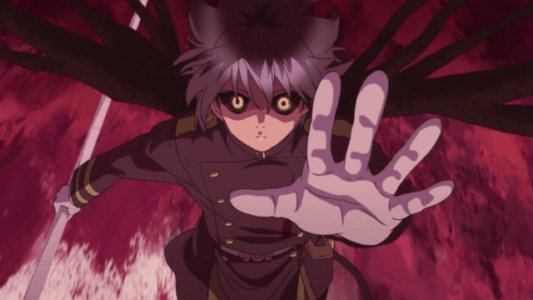 Seraph of the End is one of the best vampire anime series with a tortured main character and a dark, violent past.

The show demonstrates that vampires emerged from the world’s shadows and enslaved humanity while a mysterious virus infected everyone on Earth over the age of 13.

The vampires treat Hyakuya Yuuichirou, a young boy, and the other children from his orphanage as livestock.

Yuuichirou has big dreams, even in captivity.

He fantasizes about slaying vampires.

He fantasizes about slaying them all. 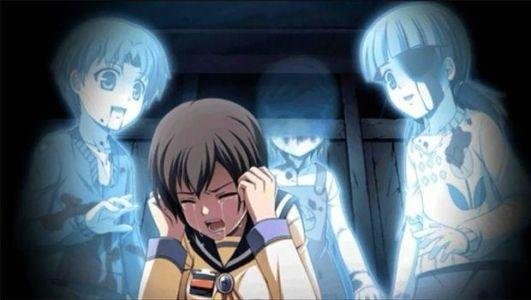 The story is set in Heavenly Host Elementary School, an elementary school that was torn down following the murders and disappearances of several of its staff members and students. The anime Corpse Party has a lot of gruesome scenes, torture, and gore.

By the beginning of the story, another school, Kisaragi Academy, has been built over the elementary school’s site. While those students were telling ghost stories, a sudden earthquake sends them to another dimension, where Heavenly Host Elementary is still there and is haunted by the ghosts of the school’s murdered students.

As a result, the students of Kisaragi Academy attempt to return home and survive the other enigmatic forces that stalk the institution. 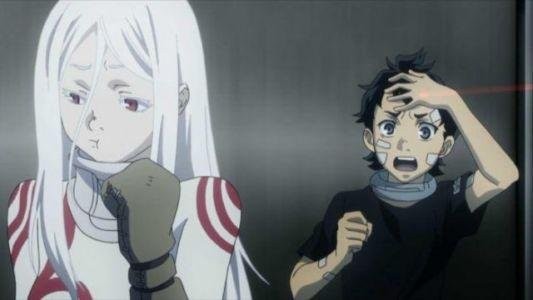 Deadman is an excellent anime in which the protagonist is subjected to torture and has endured many painful experiences due to being framed for a crime he did not commit.

The series begins normally, and the protagonist Ganta Igarashi and his classmates appeared to be preparing for a class field trip to a prison amusement park called Deadman Wonderland.

However, Ganta’s life quickly takes a turn for the worse when his entire class is murdered by a mysterious man in red. Ganta is blamed for the incident and given the death penalty, and he is sent to the very jail he was supposed to visit. However, Ganta’s nightmare is just the beginning.

In the jail, the young protagonist lives in constant fear of the lethal collar that has been placed around his neck and can only be slowed by winning the deathly games that the prison holds.

As a result, in Deadman Wonderland, Ganta must risk his life to survive in a brutal environment where distinguishing between friends and enemies can be challenging, all while attempting to locate the enigmatic “Red Man” and clear his name. 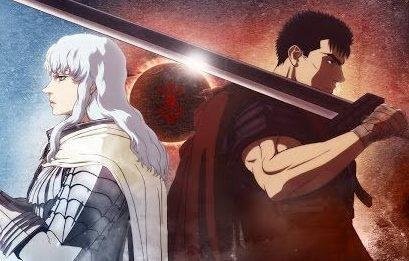 Berserk, a series that follows the main character Guts, who has been branded for death and is destined to be hunted by demons until the day he dies, is one of the best anime with a tortured main character.

Taking up the monstrous sword Dragonslayer and vowing to exact vengeance on the one responsible, Guts embarks on a journey to defy such a gruesome fate while being pursued by waves of beasts.

As a result, Guts will be looking for the man he once looked up to and thought of as a friend. Along the way, he will meet some unlikely allies, like a tiny elf named Puck and Isidro, a young thief who wants to learn how to use a sword from the former mercenary. As the ragtag group slowly comes together after deciding to join Guts in his quest, they will face incredible danger that is unlike anything they 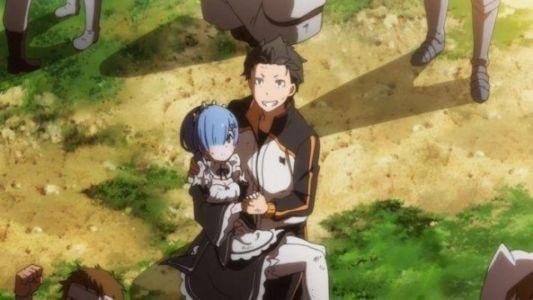 When Subaru Natsuki leaves the convenience store, the last thing he expects is to be taken out of his everyday life and into another world. However, things don’t look good for the teenager! Not long after he arrives, he is attacked by some thugs and is quickly beaten to a pulp with only a bag of groceries and a phone that is now useless.

Subaru immediately reawakens to a familiar scene, facing the same group of thugs, and meeting Satella all over again. As a result, the enigma deepens as history inexplicably repeats itself. However, a much darker force stalks the pair from the shadows. Just minutes after locating the insignia, Subaru and Satella are brutally murdered. 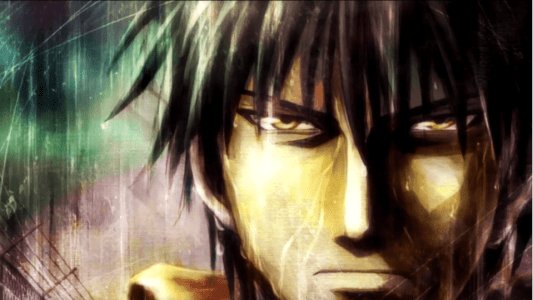 The anime masterpiece Rainbow depicts characters being tortured and subjected to painful and severe punishments in prison.

In 1955, Mario Minakami and six other teenagers arrived at Shounan Special Reform School after being arrested on serious criminal charges. They are all assigned to the same cell, where they meet older inmate Rokurouta Sakuragi, a former boxer, and form a close bond. Under his direction and with the promise that they will meet again on the outside after serving their sentences, the delinquents begin to see their hopeless situation in a better light.

Rainbow is a dark and sad anime that follows the seven tortured cellmates and the MC as they fight against the brutal suffering and humiliation at the prison. Because of these hellish conditions, the seven inmates must gather all of their strength to survive until their sentences are over. But even if they do, what kind of lives are waiting for them on the other side? 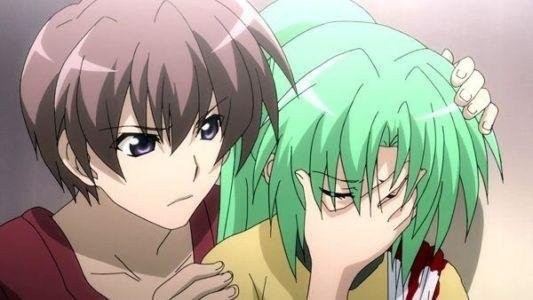 In the summer of 1983, Keiichi Maebara just moved to the quiet little village of Hinamizawa. He quickly becomes best friends with his schoolmates Rena Ryuuguu, Mion Sonozaki, Satoko Houjou, and Rika Furude. However, beneath their seemingly idyllic lives, there is a dark side.

Keiichi learns about the local legends that surround the village’s annual festival. To his horror, he discovers that the festival and the village’s patron god, Oyashiro, are linked to a number of murders and disappearances that have occurred in the village recently.

Keiichi tries to inquire about these occurrences with his new friends, but they are suspiciously silent and refuse to provide him with the information he needs. As the bizarre occurrences continue, he begins to wonder what else his friends might be concealing from him and whether or not he can even trust them.

In the anime story Higurashi no Naku Koro ni, which features both the main character and some side characters being tortured, Keiichi will immediately stumble into the mysteries at work when madness and paranoia begin to take root in his heart. 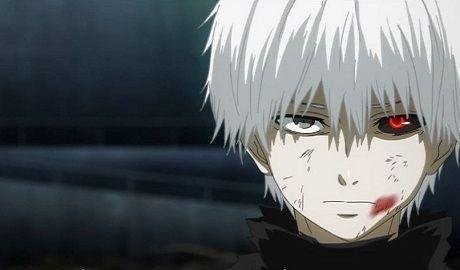 The main character of the anime series Tokyo Ghoul is tortured and goes through a lot of horrible things, turning him from a normal, innocent boy into a powerful, emotionless ghoul.

The inhabitants of Tokyo, a once-great metropolis, constantly fear these bloodthirsty savages and their thirst for human flesh. However, the greatest threat these ghouls pose is their dangerous capacity to disguise themselves as humans and blend in with society. Tokyo is a cruel and merciless city where vicious creatures known as “ghouls” also exist.

The main focus of Tokyo Ghoul is on Ken Kaneki, a kind student who falls in love with Rize Kamishiro. However, Rize isn’t what she seems, and this unfortunate encounter sends Kaneki into the shadows of the ghouls’ world. Fortunately, the mysterious waitress Touka saves Kaneki, and he begins a new, secret life as a half-ghoul, half-human who must find a way to fit in